Gerry led a Forest and Bird campaign to protect the West Coast rainforests from logging in the 1980's. Tourism  was championed as a sustainable alternative to logging, one that could support local communities while protecting native forests. This campaign was ultimately successful and led to the creation of the 2.7 million hectare Te Wahipounamu World Heritage Area. 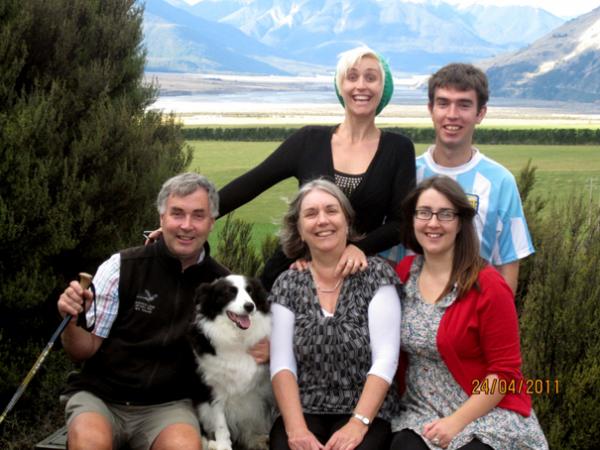 In 1989 Anne and Gerry decided to 'put their money where their mouth was' and moved their family to Lake Moeraki. Here they established one of New Zealand's pioneering nature-tourism businesses while also home-schooling their three young children.

What is now the Wilderness Lodge, was once a construction camp for the Haast Highway. At its heart was the historic 'Red Dog Saloon' an illegal bar for road builders, which achieved national notoriety following a police raid in 1965. Today the 'Red Dog' has been restored and guests to the Lodge can still enjoy a drink at the bar (now legal).

'Moeraki' translated from Maori means 'a place to rest by day'. It was a food gathering and resting site in pre-European times. 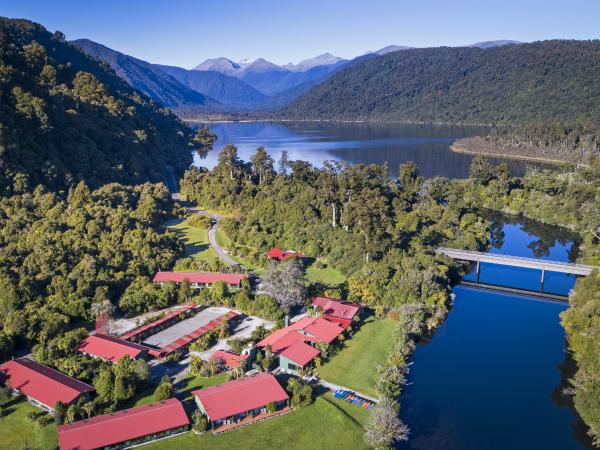 After the success of their first Wilderness Lodge, Anne, Gerry and their family established a second at Arthur's Pass. This continued the Wilderness Lodge's nature focus, while building on the family's 150 year farming history by incorporation a high country sheep farm.

In 1994, the family purchased the historic Cora Lynn Station beside Arthur's Pass National Park. With local architect Gary Hopkinson, and using traditional materials they built a lodge based around the Frank Lloyd Wright philosophy that buildings should be 'of the land, not on the land'. 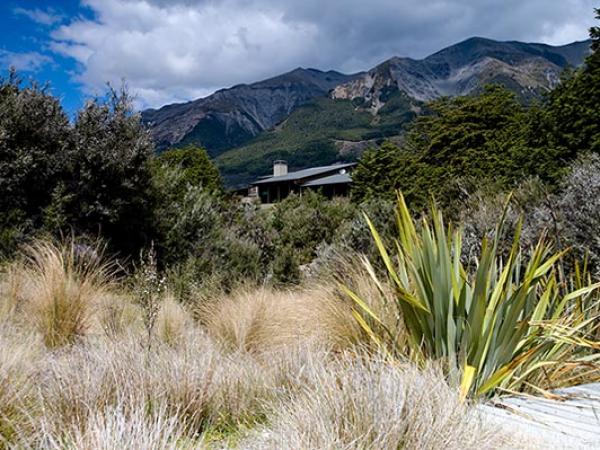 Nestled into a forest clearing in the heart of the Southern Alps.

A series of reserves were established that saw half of the farm's 6000 acres become nature reserves to protect rare plants and animals. On the half that continues to be farmed a programme of sustainable land improvement has be implemented. This has seen the improvement of soil fertility and a focus on producing superfine merino wool for use in the fashion industry while breeding top quality lamb for the Wilderness Lodge restaurant.

Wilderness Lodge Arthur's Pass is now managed by Nicola Thomson and Greg Crowe, while Anne and Gerry return as often as they can.

The document below outlines the detail of some of the Wilderness Lodges' initiatives around nature conservation and eco-tourism.

Wilderness Lodge Lake Moeraki is located on the South Island’s West Coast between the Glaciers and Wanaka/Queenstown. It is a comfortable 5.5 hours drive from Wilderness Lodge Arthur’s Pass and 3.5 hours from Queenstown Airport. We have driving notes available for the journey north or south.

Get Directions  or   Learn More

Get Directions  or   Learn More